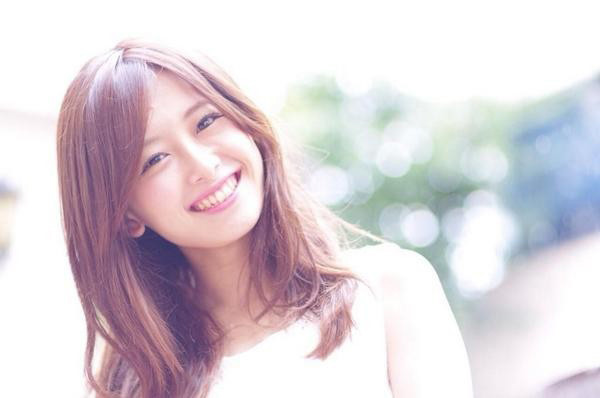 She did not get married because of her poverty and illness.

When asked about the disease that she’d been inflicted with, Thuy sadly put my hand on her chest, where the tumor had grown to the size of a thumb. She did not get married because of her poverty and illness.

Born in a poor family in the Hung Yen province in 1978 with four sisters, Vu Thi Thuy is the second child in the family. Her parents were toiling and moiling throughout the year with a few rice paddies, so the family lived frugally. No one thought that this girl had been in her thirties because she looked much younger than her real age. At the beginning, I thought she had been just over twenty, maybe because of her skinny body.

Although she was 35, she was still considered as a “young girl” because no guy has ever chased her. When she was a little girl, she also liked some boys in her class; however, the older she got the more aware she was of her circumstances and that was the reason why she depended on fortune.

Even though Thuy’sister was nearly 40 years old, she also had no husband. Thuy said: “We cannot fight fate, right? My sister also has nobody to ask her for her hand in marriage”. In the depths of her eyes, there was something painful and sulking. Poor is not guilty, but who can explain why?

In 1998, Vu Thi Thuy was 20 years old, considered to be the most beautiful age for girls. At that age, she would have been in her prime; however, she was losing weight continuously and her skin was pale. Long-term abdominal pain forced Thuy to be hospitalized.

“The doctor told me that I had had a stomachache. Before that, I had not eaten much. I threw up everything I ate and also had stomachaches after eating. After a while, Thuy said continuously with a sad tone, “Look how weak and poor I am, who would dare to love and marry me? Who in their right mind would marry a sick woman?”

Every woman wants to have a good husband, beautiful kids, and a happy family. To Thuy, fate did not smile on her when she was born into a poor family, let alone be afflicted with a chronic illness, so her life went on gradually in loneliness to which she became accustomed and accepting to.

Leaving home for a new life.

Ever since she has had the disease, Thuy rapidly lost weight. She weighed about 40 kilos at the time. Though farm work was extremely fatiguing, and her parents broke down frequently because of so, they’d never asked Thuy to work on the field. All she had to do at home was cooking and cleaning. “My parents work in the field and do not have lunch at home, so I usually bring lunch to the field for them. Seeing how tired they were, broke my heart, but I have no idea what to do” -Thuy said.

In early 2011, Thuy followed her friends at her hometown to go to Hanoi. Thuy said, “At that time, I just tried to go out to see if the place was better than my hometown. Moreover, I’d heard rumors that jobs in sales were not physically demanding.”

At first, Thuy applied for a noodle restaurant, her duty was simply washing dishes, cleaning the table; the income was 500,000 VND / month including cost of living. However, due to the low income, Thuy resigned after two months, but at the same time, Thuy knew that she had breast cancer. The physical and mental pain made her more tired, peaky, and sometimes she even says, “I get so depressed that I simply don’t want to live anymore.”

During the time at the noodle restaurant, Thuy often went out to sit in front of the TV and accidentally heard of stories about girls, who dress up in sexy clothing along with pink cheeks, and red lips. It haunted her impulsively all the time: “I did not know why I wanted to go to work like them. I want to change my life.”

She had to make money for her treatment though her life had not progressed yet.

Thuy kept telling her story: “The moment I quit working at the noodle restaurant, every night I wandered around Linh Nam Street to buy some women’s stuff and cheap clothes. The street was full of massage stores that were hiring staff. When I was diagnosed with cancer, my family was very shocked. My parents told me to try to work and make money because my parents did not have anything. I have two siblings, a boy and a girl who gave up their studies to move to the South in order to earn money, but they had to worry about their own lives and could not take care of me.”

According to Thuy, her cancer needed to be operated on as soon as possible, but if this was not possible, she would have to take medicines instead to prevent the development of cancer cells. The medicines cost 215.000 VND per bottle. Every bottle should be taken within one week.

After thinking a lot, Thuy applied for a job at a massage store named Tuyet Mai in Yen Phu Village, Lien Ninh commune, Thanh Tri district, Hanoi, opening from 7 p.m. to 12 p.m. Thuy was paid by the owner 60,000 VND for every guest that she served. At the beginning, Thuy also tried to work in the day, but there were no guest. Even though at times there were, they would criticize her for her skinny body. “Though it was just massaging and relaxation, people still needed to communicate. That’s why they wanted a nice girl. At night, nobody cared about my appearance because of twilight, but everything was so different during the day,” said Thuy.

During the time at the Tuyet Mai store, Thuy had to stay at some friends’ houses. Thuy’s guests were predominantly provincials, their tips usually around 20.000 VND. The costs of living, travelling, and medicine aside, each month she only saved about 400,000 VND in case she had to go to the hospital for screening.

When she worked at Tuyet Mai for a short time, the store shut down due to a lack of guests, so she had to ask for a job at Tinh Co, owned by Truong Thi Lan, adjacent to Tuyet Mai.

There were two female employees working with Thuy there. Sometimes, she saw them “sell their bodies” following the “enticements” of Ms. Truong Thi Lan, and also “earn more money”, so she wanted to try, albeit still afraid of the guests’ criticism.

On September 15th, she ran out of medicine, with no money to buy any more, creating fear and desperation. Aware of her circumstance, Ms. Truong Thi Lan recommended that she sell her body, to which Thuy only agreed after some time thinking.

Thuy and a “colleague” were arrested at Hai Anh Guesthouse in Quan Ganh village, Nhi Khe commune, Thuong Tin district, Hanoi, while having sex with one of her guests. After that, Truong Thi Lan was also arrested, brought to the police for investigation, verification and clarification.

Thinking about her arrest, Thuy bent over, terrified. Now, she just wants to find a job to support herself and buy medicine. If she was lucky, her family would sell the land, which would provide her with enough money for the surgery. But would fate smile upon a dying girl who’s illness torments her day after day with agonizing pain and misfortune?

*The characters’ names in this paper have been changed.
An Anh
An Ninh Thu Do